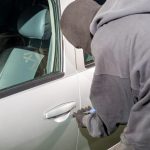 Sturgis, South Dakota – A man was shot and killed after entering a home early Sunday morning and refusing to leave. According to Sturgis Police Department Chief Geody VanDewater, a homeowner called police to report 32-year-old Matthew Flagler was tampering with two vehicles outside their home. The homeowner then told police they had gone outside […]